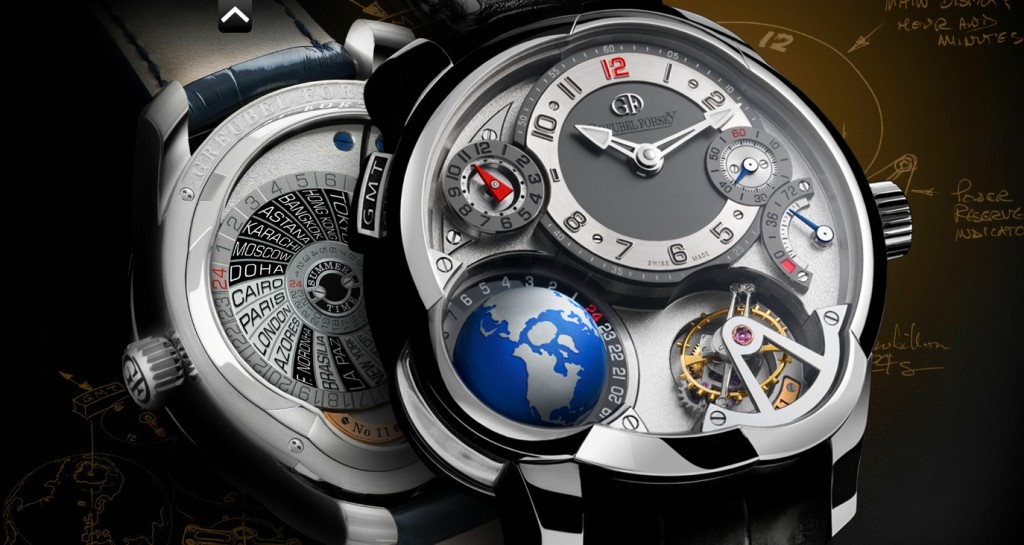 Greubel Forsey is a watchmaking company specializing in complicated, high-end timepieces. It was launched in 2004 by Robert Greubel and Stephen Forsey and is based in La Chaux-de-Fonds, Switzerland.

Greubel Forsey makes timepieces with multiple tourbillons and inclined balance wheels with the aim of improving timekeeping precision. Their approach was validated in 2011 when a Greubel Forsey Double Tourbillon Technique won the 2011 International Chronometry Competition held by the Le Locle Museum of Horology.